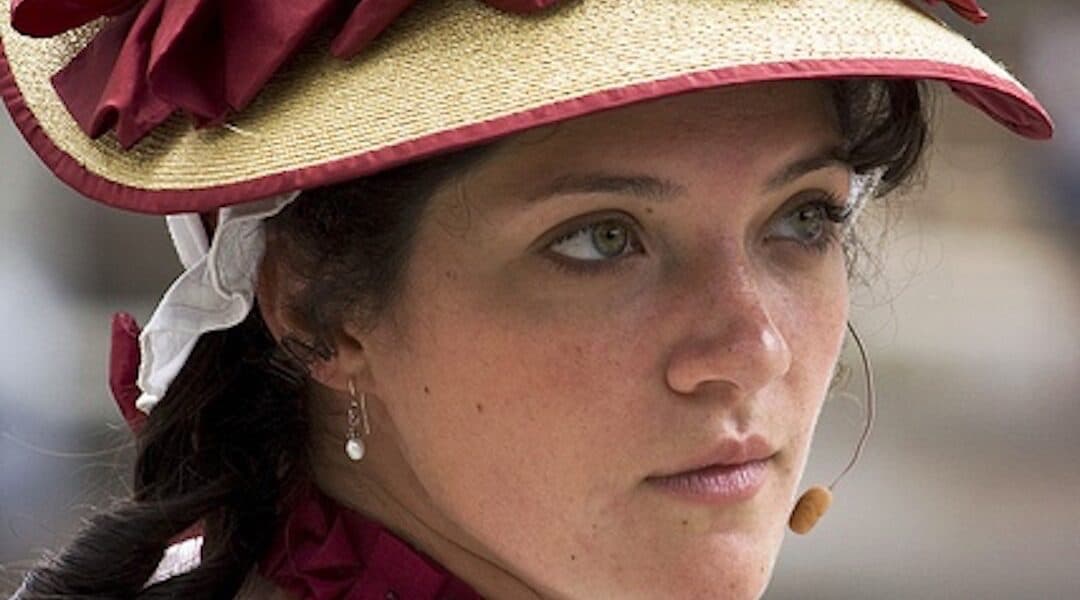 Dorothy May Bradford was born in Wisbech, Cambridgeshire, England, about 1597, the daughter of Henry and Katherine May. At the age of 16, she married 23-year old William Bradford in Amsterdam, and returned with her husband to take up residence in Leiden, Holland.

The Bradfords had a son, John; when they decided to make the voyage to America in 1620 on the Mayflower, they left him behind, presumably with the intention of sending for him later.

The Mayflower anchored off Provincetown Harbor on November 11, and the Pilgrims sent out several expeditions of men to explore the region to seek out the best place to build their colony. While William Bradford was away on one of these explorations, on 7 December 1620, Dorothy fell off the Mayflower into the freezing water and drowned.

Some believe she committed suicide. Certainly it’s difficult to believe she could stay onboard through the perilous ocean passage and then slip when the ship was at anchor.