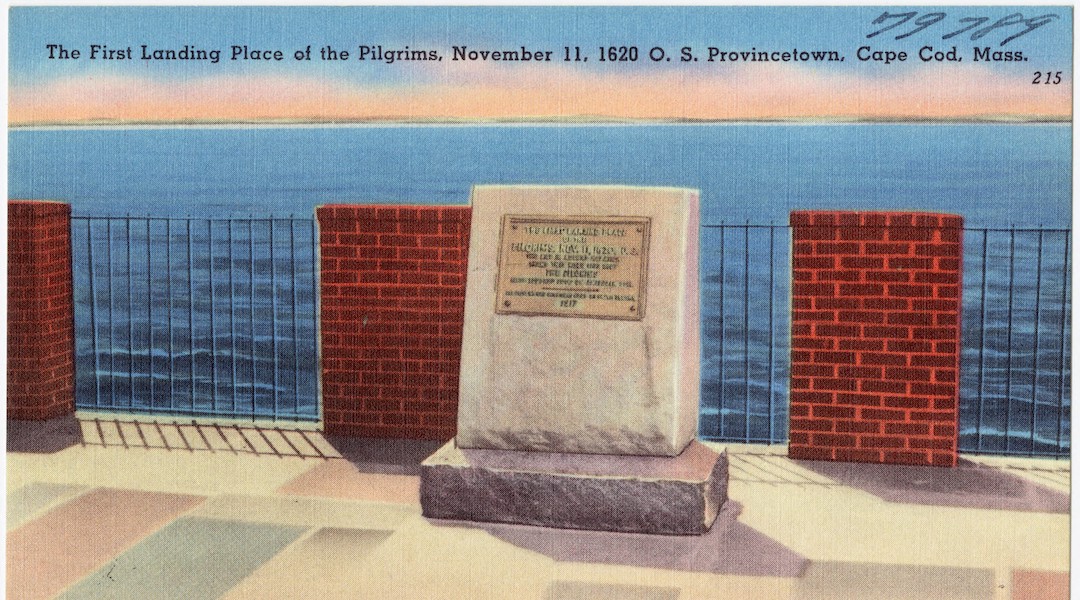 Called the “hero of adolescent Americans,” Harry Kemp was a poet and prose writer who lived and worked in Provincetown during the mid-20th century. What you might not know about him is that he was terminally frustrated with the myth that the Pilgrims first arrived in Plymouth; he used to have the Provincetown-Boston Airline fly him over Plymouth Rock so he could drop a small envelope of Provincetown sand on it!

Josephine Del Deo remembers one of these outings: “Harry himself was wrapped in a poet’s robe, wearing a wreath of bay leaves circling his brow as poet of the dunes, while Art Snader, Provincetown’s official town crier at the time, was resplendent in full regalia, ringing a loud and sonorous bell to assist him in protesting the fact that Provincetown was the true landing place of the Pilgrims.”