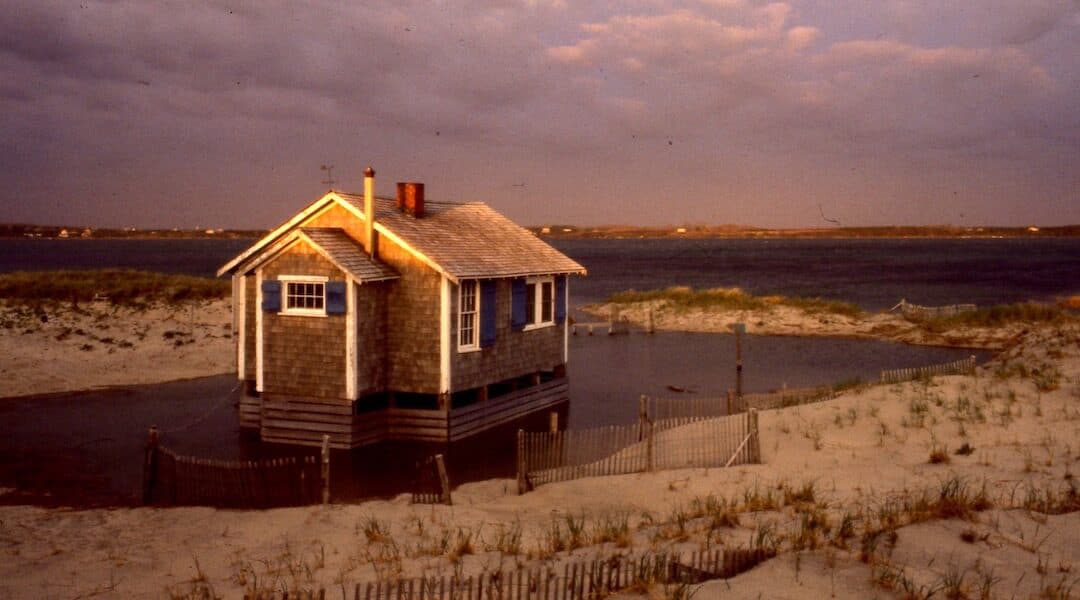 Note: From time to time we venture farther afield than Provincetown to bring you history snippets. Today we’re going slightly up-Cape to remember Henry Beston in honor of the opening of Outermost Art & Objects in Ptown.

American writer and naturalist Henry Beston was born in 1888 and raised in Quincy, Massachusetts. After a stint as an English professor in Lyon, France, he served as an ambulance driver for the French Army during World War. In 1925, still disturbed by his war experiences, Beston retreated to an isolated cottage on Cape Cod, a twenty-by-sixteen-foot shanty with running water but no electricity that he called “the Fo’castle,” a nautical term for a ship’s living quarters. He had planned to stay for only two weeks but was so enthralled by his surroundings that he remained for a year. His best-known book, The Outermost House, chronicles his time living alone on the beach and meditating on nature and the changing seasons. He later married poet and novelist Elizabeth Coatsworth and moved to a farm in Nobleboro, Maine, where he lived the rest of his life. Beston died in 1968 at the age of seventy-nine.

Ten years after his death, high tides swept the Cape Cod cabin into the sea.

[box] Do no dishonor to the earth lest you dishonor the spirit of man. Hold your hands out over the earth as over a flame. To all who love her, who open to her the doors of their veins, she gives of her strength, sustaining them with her own measureless tremor of dark life. Touch the earth, love the earth, honor the earth, her plains, her valleys, her hills, and her seas; rest your spirit in her solitary places. For the gifts of life are the earth’s and they are given to all.[/box]

(excerpted from The Outermost House: A Year of Life on the Great Beach of Cape Cod by Henry Beston. Published in 2003 by Henry Holt and Company, LLC. Copyright © by Henry Beston. All rights reserved.)
image: WOMR