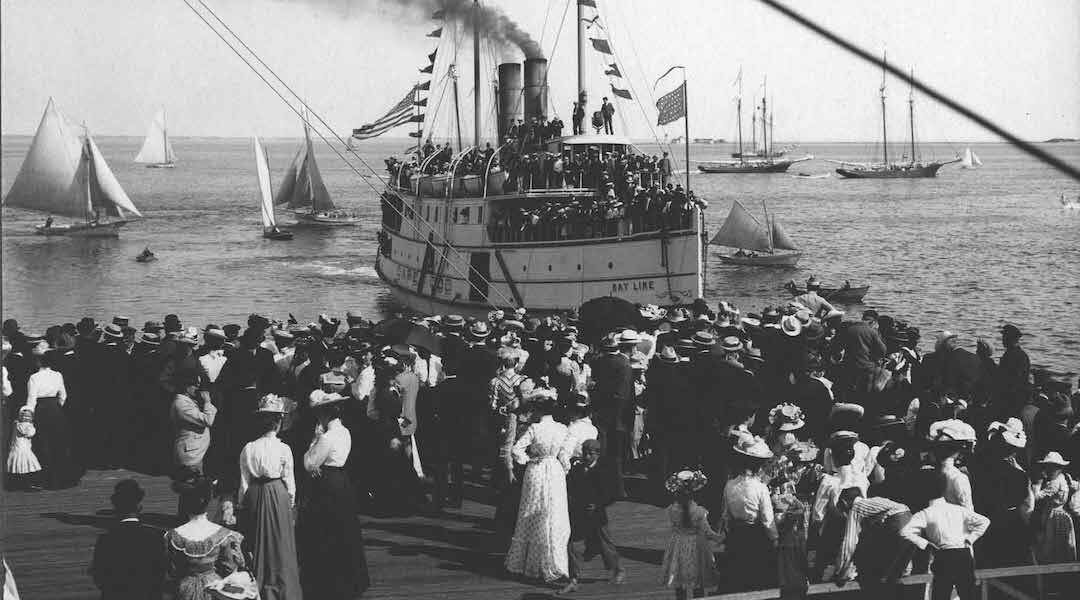 Marie Louise Hersey was born in Hartford, Connecticut, in 1894 and graduated from Radcliffe College in 1916. In Modern Verse (1921), author Anita Forbes writes, “In few towns along the New England coast is the contrast between the old America and the new more sharply impressed than in Provincetown.”

Provincetown is an exceptionally timeless poem:

All summer in the close-locked streets the crowd
Elbows its way past glittering shops to strains
Of … ragtime, men and girls, dark-skinned,
From warmer foreign waters they have come
To our New England. Purring like sleek cats
The cushioned motors of the rich crawl through
While black-haired babies scurry to the curb:
Pedro, Maria, little Gabriel
Whose red bandana mothers selling fruit
Have this in common with the fresh white caps
Of those first immigrants—courage to leave
Familiar hearth and build new memories.

Blood of their blood who shaped these sloping roofs
And low arched doorways, laid the cobblestones
Not meant for motors—you and I rejoice
When roof and spire sink deep into the night
And all the little streets reach out their arms
To be received into the salt-drenched dark.
Then Provincetown comes to her own again,
Draws round her like a cloak that shelters her
From too swift changes of the passing years
The dunes, the sea, the silent hilltop grounds
Where solemn groups of leaning headstones hold
Perpetual reunion of her dead,

At dusk we feel our way along the wharf
That juts into the harbor: anchored ships
With lifting prow and slowly rocking mast
Ink out their profiles; fishing dories scull
With muffled lamps that glimmer thru the spray;
We hear the water plash among the piers
Rotted with moss, long after sunset stay
To watch the dim sky-changes ripple down
The length of quiet ocean to our feet
Till on the sea rim rising like a world
Bigger than ours, and laying bare the ships
In shadowy stillness, swells the yellow moon.

Between this blue intensity of sea
And rolling dunes of white-hot sand that burn
All day across a clean salt wilderness
On shores grown sacred as a place of prayer,
Shine bright invisible footsteps of a band
Of firm-lipped men and women who endured
Partings from kindred, hardship, famine, death,
And won for us three hundred years ago
A reverent proud freedom of the soul.