Provincetown History Snippets: Why was Norman Rockwell in Provincetown? 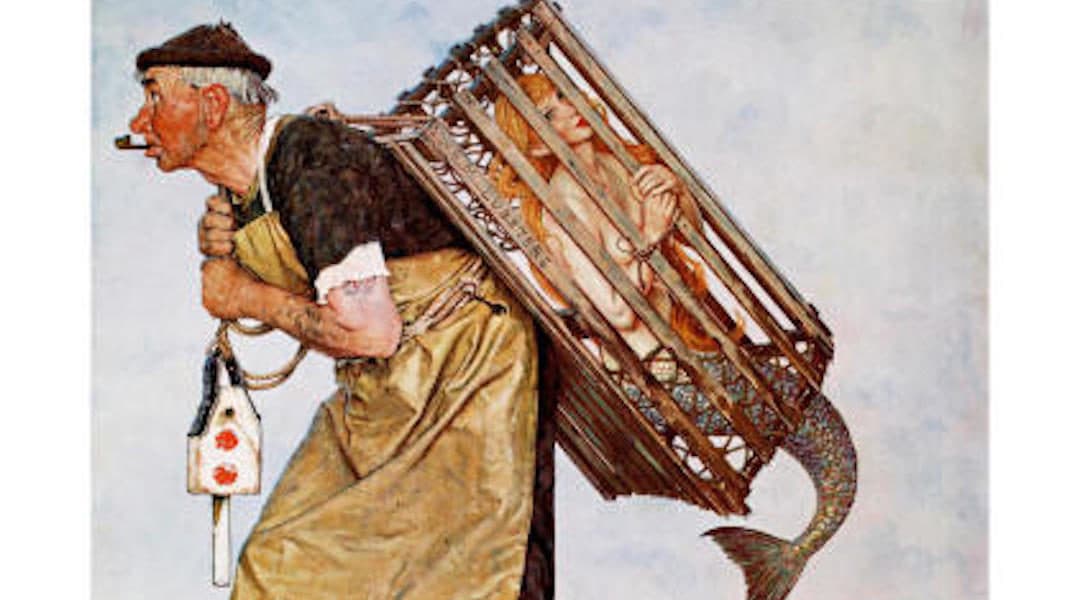 It’s not an obvious connection, that between Provincetown and an artist of iconic mid-century Americana, but Norman Rockwell did in fact study here under Charles Hawthorne, and the August 20, 1955 cover of the Saturday Evening Post—titled Mermaid (A Fair Catch)— was inspired by the time he spent here. During his student years, Rockwell sometimes escaped to Ptown for rest and to sketch outdoors.

An 81-year-old Gloucester lobsterman posed for the painting; Rockwell hired a professional model from New York for the mermaid, as he feared pushback if a recognizable local woman were to pose. He donated the fish itself to a local restaurant.