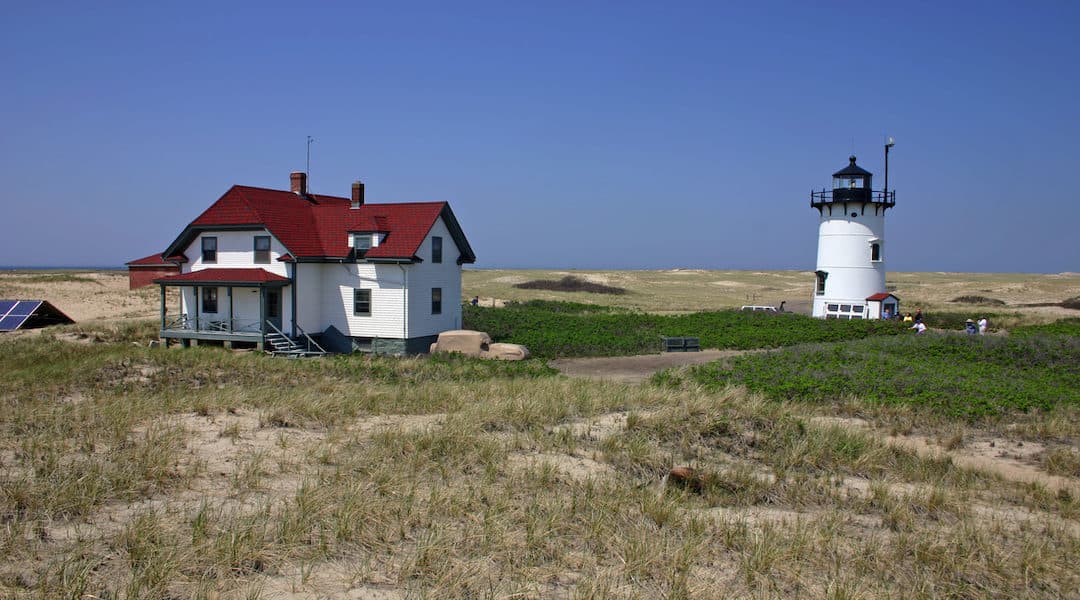 Race Point’s name comes from the strong crosscurrent (known as a “race”) that made navigation around the northern tip of Cape Cod a nightmare for sailors. Before the construction of the canal, every vessel traveling along the coast between Boston and points south had to negotiate the treacherous bars, making Cape Cod the graveyard of the Atlantic.

The original Race Point Light Station was illuminated on November 5, 1816. The light shone 25 feet above sea level and was one of the earliest revolving optics, distinguishing it from other lighthouses on Cape Cod.

In 1995, the Coast Guard leased the surrounding property, including the keeper’s dwelling and oil house, to the Cape Cod Chapter of the American Lighthouse Foundation, which restored and maintains the buildings now. A modern optic replaced the original Fresnel lens when the station was solarized in 1998. The U.S. Coast Guard continues to maintain the tower and operate the light as an active aid to navigation within Cape Cod National Seashore.

Did you know… that you can stay out at the lighthouse? Reservations for the 2019 season are now open!