Jon Richardson and the Soul of a Song 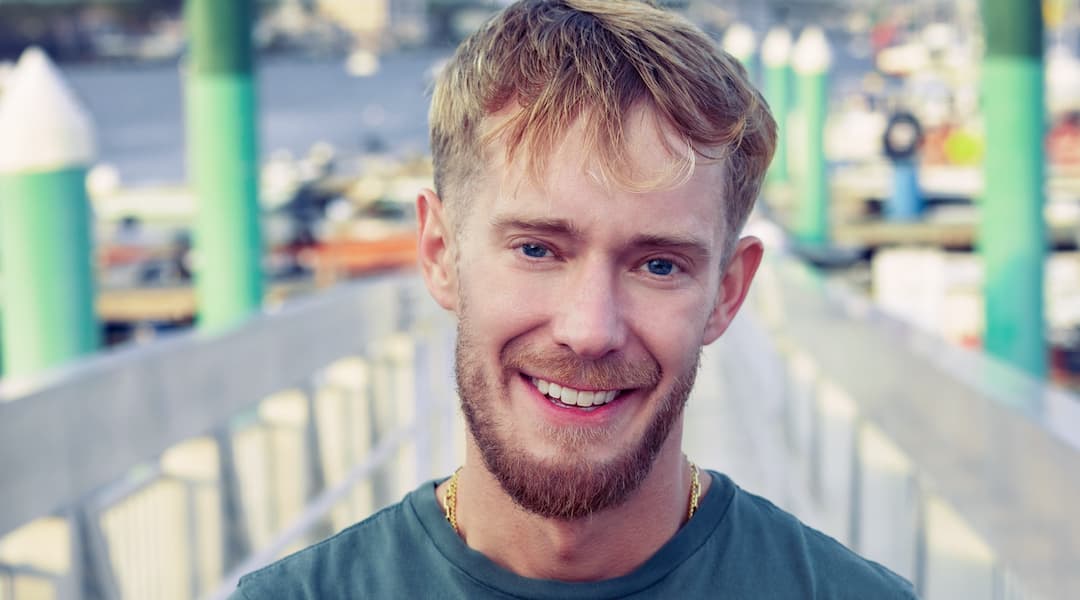 Jon Richardson remembers the moment he arrived in Provincetown. “I was living in Boston and I was invited to have Thanksgiving with some friends who owned a home in Truro,” he remembers. “The afternoon after Thanksgiving, we drove into town and parked and I remember having a moment where my brain totally didn’t understand what I was seeing. Even though it was November, it was a warm day and people were out walking and I saw gay couples holding hands. The only other time I’d ever seen that was during Pride parades. I was floored. It bonded me to this place even as a 22-year-old and I remember thinking, ‘I have got to come back here as soon as possible.’”

It’s a feeling many washashores share, a special draw to this place and an impulse to somehow eventually make it their home. For Richardson, it was about feeling comfortable. “To be able to socialize and meet new people without fear of homophobia is one of the great blessings Provincetown offers,” he says.

He came with an impressive musical résumé, having started studying piano at the age of five. Today his repertoire has increased to include songwriting, performing, and even, this year, writing a musical. But like many of us, he first had to find a way to make all the pieces fit together. “Finally I had a chance to work a weekly gig here in Provincetown after finishing my grad degree in music,” he says. “I spent about six months commuting down to Provincetown then up to another gig I had in Maine and then finally, in the fall of 2017, I made the decision to move here full time. It’s still special to me that this is a safe place for gay people because it means it’s one of the few places where we have the space to act the way we want to without fear. It allows for a lot of creativity.”

Richardson’s own creativity—as well as that love of community—is evident in what he offers the town. “As I started to think about this summer, however, I was really excited to be able to go back to my first love, the piano bar,” he says. “When I say piano bar, I mean me sitting at a piano with a microphone and playing for a room of people eating and drinking and chatting and singing. The atmosphere is informal, it’s free, and most of the time the audience is wonderful and attentive and engaged and I can sing them my favorite songs and tell them my favorite stories for a few hours. Each night is completely different, and every one has its own energy. That kind of setting also allows making connections with people much easier, because they’re seated there right in front of me. I feel really lucky to do what I do.”

Richardson plays piano bar Thursday, Friday, and Saturday nights at the Dive Bar at the Crown and Anchor. He also continues to perform with Peter Donnelly (the due has been dubbed the “gay Simon and Garfunkel), doing both covers and original songs, at the Aqua Bar on Tuesday nights. It makes for a busy summer, but Richardson is in his element. “In the past, I always looked forward to gigs,” he says, “but I’d always be so nervous, because new things were opening all the time and the pressure to sell tickets is a huge burden on the mind all summer. This summer, all I have to do is show up and ask the audience what they want to hear, and then play it! It’ll be fantastic!” 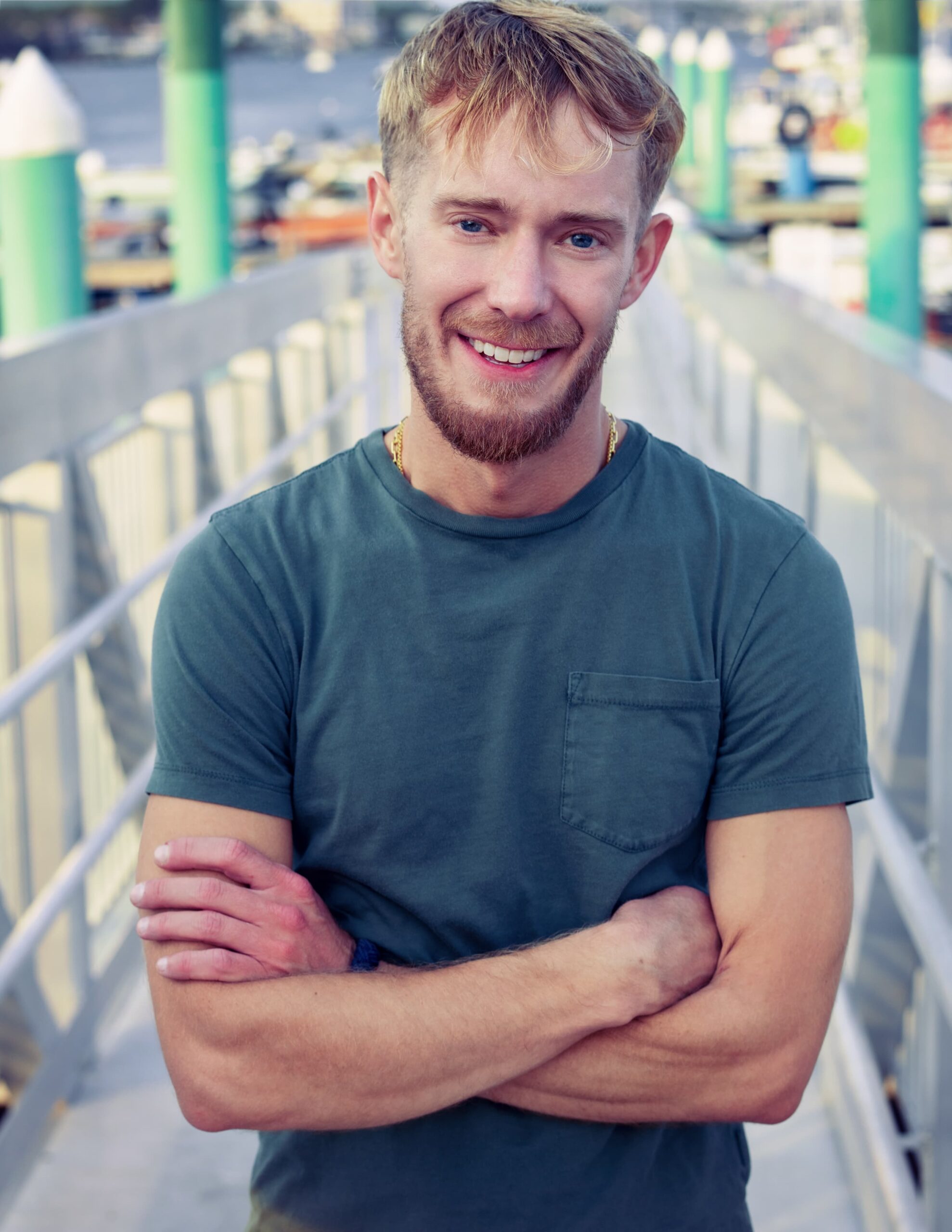 The kind of versatility required to play audience requests means Richardson has to be ready to take on a variety of musical styles. Everyone has a favorite song, or a favorite artist, and he tries to accommodate them all. When asked who his favorites are, though, Richardson chooses—perhaps surprisingly—Johann Sebastian Bach and Dolly Parton.

Okay. Definitely some range in styles there! “Bach is the reason I went to graduate school,” Richardson explains, “because I studied music history and I studied him. He’s a huge—well, a grandfather of Western music. Beethoven considered him a god, Mozart studied him, and basically all great composers learn music first by studying Bach.”

From Bach to—Parton? “She’s my inspiration!” Richardson exclaims. “She’s the person I’m most inspired by as a performer. She’s an incredible songwriter, and she’s gracious and humble. She aims to bring joy to people—and she always succeeds. Yeah, she’s a little out there and loud in how she presents herself, but there’s great substance and a huge intellect behind it. I love listening to her talk about anything, and her musical sensibilities are inspired.”

As he’s inspired by great songs and great songwriters, Richardson has thought long and hard about what makes a perfect song. “I think a perfect song is one that, when it’s over, you start it from the beginning immediately,” he says. “Or—another example is a song you listen to, and the first time you’re kind of like, ‘huh that’s not bad,’ but then it stays with you and you keep noticing things you like about it over the course of years and months, and then eventually you realize ‘wow, this is probably one of my favorite songs of all time,’ but the feeling didn’t hit you immediately—for me, that’s Liza Minelli singing Maybe This Time. I heard it at first and I was like, ‘I mean, yeah, it’s incredible but…’ and then I kept listening to it and I didn’t know why, and then finally it got to a point where I felt like her performance and the song itself is a perfect four minutes of music.”

These days, Richardson is stretching and testing his creativity, trying new things. “Back in March, I had a reading of a brand-new musical I wrote, and that was for sure a highlight of my whole life!” he says. “David Drake really got behind this project I’d been working on for a long time, and he mentored me and met with me weekly during the fall and winter, and then agreed to give it a reading at the Provincetown Theater. It was really a great learning experience for me—and something I’d never done before. I got to present ten original songs, all sung by local musicians. It was a sold-out room and the response was exactly what I’d hoped it would be! They asked great questions, they liked the music, and they gave me really good feedback. The show is set in Provincetown in 1963 and I’m still working on it every day—though the piano bar is definitely cutting into that time in the summer!”

For many, Provincetown is a place where creativity lives, where muses are discovered, where art and music and community all blossom together. And if there’s one person who truly belongs here, who brings it all to the table and gives it back tenfold, it’s Jon Richardson.

Listen to him this summer and see if you don’t agree.