In Provincetown, Recreational Marijuana Thrives, and Stigmas Go to Die 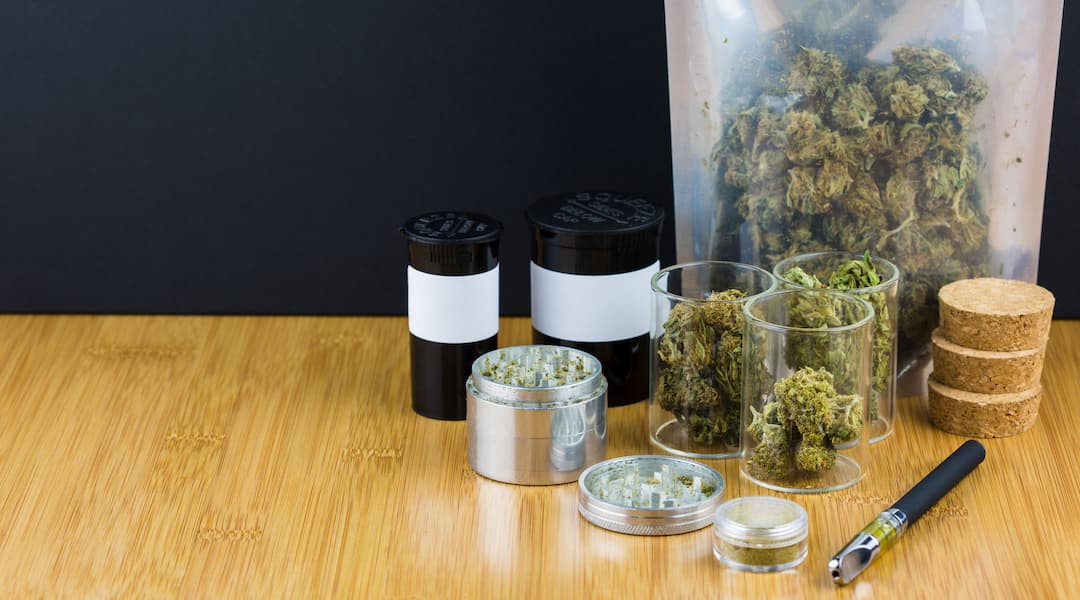 Andrew Koudijs fell in love with Provincetown at a young age. Growing up, he would visit each summer for Family Week with his mothers, and quickly became enthralled with the town’s free spirit. So years later, when Koudijs was scouting spots to achieve his longtime dream and open a cannabis dispensary, his choice was easy.

Last May, Koudijs and his business partner opened Hennep, located across from Crown & Anchor, one of Provincetown’s most cherished entertainment venues. Fittingly, the same live-and-live attitudes that allow Ptown’s nightlife to thrive are also a catalyst for the community’s booming recreational cannabis industry.

After all, Provincetown has long been a place where stigmas go to die.

“I was a [college] freshman when cannabis was legalized, and always wanted to start my own business. The first place I thought of was Ptown,” said Koudijs. “How great would it be on the beach, lovely town, lovely people. It wasn’t a business decision. It was a personal choice.”

Nearly six years ago, Massachusetts voters legalized recreational marijuana by a 54-to-46 margin. But in Ptown, the initiative passed with an overwhelming 76.2 percent of the vote.

“There’s the joke about Ptown’s relative lawlessness and being on the fringe and not being so worried about the 9-to-5, impressing the neighbors-type lifestyle, said Austin Tyler, a local cannabis enthusiast and comedy writer who’s worked at one of the dispensaries in town. “The culture is already kind predisposed to cut back, relax, and be yourself. And if cannabis is part of that, then there we go.”

Looking for a new professional challenge, Nash became intrigued by marijuana when she started eating cannabis-infused gummies to alleviate nagging knee pain. At first, she found the shopping process nerve-wrecking. She felt like she was buying drugs.

It took some education to set her at ease. That’s why one of her utmost goals at b\well is normalizing the weed-buying process.

“The way we’ve done it here in the store is by making people feel welcome, and having very educated ambassadors and educators,” Nash said. “When people come in and are like, ‘I’ve never done this before,’ or ‘I haven’t done this since college,’ we’re like, ‘OK, tell us what you’re looking for, or what you want to experience.’”

At Hennep, Koudijs also prioritizes in-store instruction. “With anything, stigma is a lack of education and a lack of knowledge,” he said. “Breaking down those walls and giving real information helps combat that.”

Every summer, tens of thousands of revelers visit Ptown to celebrate its various theme weeks: Bear Week; Girl Splash; Carnival. Many of them have their favorite nightlife venues. Stephan Hangst, the executive director of the business guild, envisions a similar culture developing around the dispensaries in town.

Every community with dispensaries enjoys the revenue windfall that comes along with legalized weed. But to the people of Provincetown, recreational marijuana represents more than tax dollars. It is part of the culture.

This year, Mackenzie Miller, who’s been performing in Ptown for 14 years, is putting on her second “4/20 Henny” production, a three-night show live from the Crown. The self-described “sativa diva,” Mackenzie says the creative powers of marijuana hold a special place among some of the town’s artists, including herself. “There’s a lot of us that get together and get stoned and get creative,” she said. “It just lets my guard down, and I kind of just enter this fearless Wonder Woman feel.”

With that in mind, it makes sense that Ptown is leading the way on the next issue regarding legalized marijuana use: cannabis cafes. Technically, there are no legal public locations for people to light up the pre-roll they just purchased at b\well or Hennep. State senator Julian Cyr, who represents Provincetown, is sponsoring a bill to legalize consumption sites.

“Every year Provincetown sees an influx of visitors eager to visit our cannabis dispensaries, only to realize they may not have anywhere to legally consume the products they purchased,” he said in a statement. “Social consumption sites would provide adults with public locations to consume cannabis in communities that want them.”

Ptown is one of those communities. At this rate, marijuana will soon be synonymous with our little enclave of tolerance, just like daddies and drag queens.

“There are dispensaries everywhere, and nobody is going to look at you like you’re some stoner in a tie-die shirt with a bag of Doritos,” said Nash.