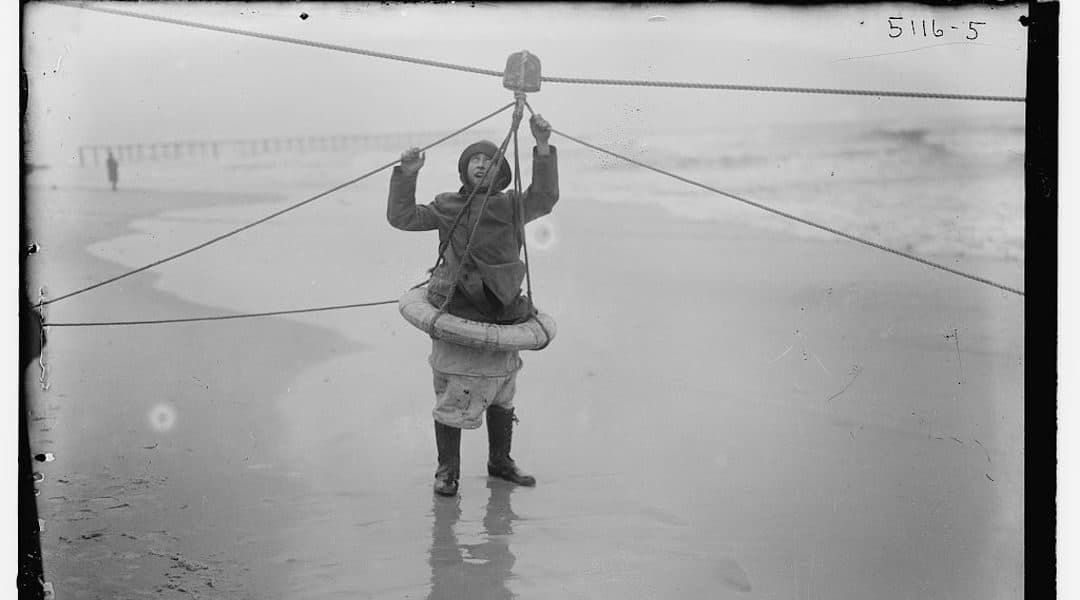 In the early 1800s, winters saw an average of two wrecks off the Outer Cape every month. Many sailors made it to shore—and then froze to death right on the beach. In 1872 an efficient lifesaving service was put into operation, with stations every five miles on the beach. Six or seven surfmen and a keeper lived in each station and kept a continuous lookout. At night, two men from each station walked the beach on patrol, met at a small half-way shelter between stations, and then returned on their same route.

As soon as a ship in distress was sighted, a red signal was fired. If possible, the crew launched special surfboats to the sinking ship; if the ship was close enough to shore and the sea too difficult to manage, the lifesaving team stayed on the beach and pulled the sinking crew to shore, one by one, in a basket-like contraption called a breeches buoy. A sailor from the sinking ship would climb into the breeches buoy and be pulled to shore.

A demonstration of a breeches buoy drill is given weekly during the summer by National Seashore Rangers at Race Point in Provincetown.