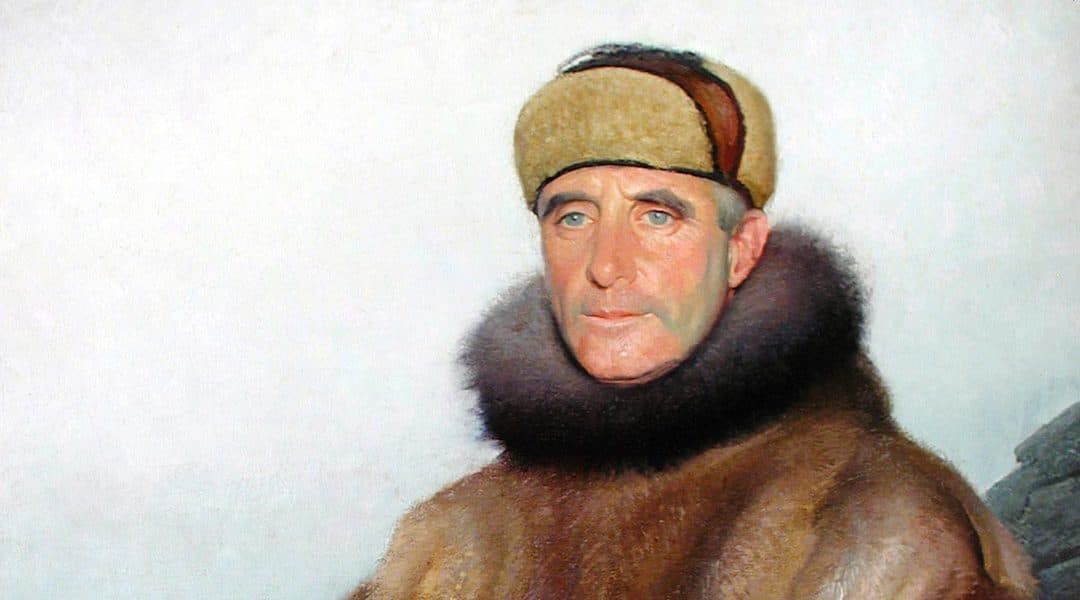 Provincetown’s Donald Baxter MacMillan went on 30 expeditions to the Far North between 1908 and 1954.

He was 34 years old on his first trip and a few days short of 80 when he completed his final journey. “While I would like to go into the Arctic for the adventure that it promises,” he wrote, “my greatest desire would be to bring back to scholars of all kinds bits of useful knowledge about this little‐known great domain.”

He explored the Arctic in 26 voyages in the Bowdoin (an 88-foot double-ribbed schooner he designed with a spoon bow able to lift up and crack down through an opening in an icefield), during which MacMillan mapped the coast of Baffin Island; studied the great ice cap Meta Incognita; found coal on Ellsmere Island; gathered biological specimens in Labrador; and offered evidence to show that the world was nearing the end of an ice age.

Admiral MacMillan received many awards, including the Medal of Honor, the Elisha Kent‐Kane Gold Medal, the Explorers Club Medal and the Hubbard Gold Medal of the National Geographic Society. He lived the last years of his life in Provincetown; his new deck was his porch where he told stories about the Arctic and his “boys,” the men who had sailed with him on the frozen seas.